With the looming Medicaid Fiscal Cliff for Puerto Rico approaching, we embarked on a mission to get the issue out in the press and pressure Florida Senators, Marco Rubio and Rick Scott, to support the current House bill or take up a sister bill in the Senate. Federal funding for Medicaid in US territories is set to expire on November 21, 2019. If Puerto Rico and the territories reach the Medicaid Cliff without congressional action, nearly a million people, including newborns, children, expecting mothers, senior citizens, and disabled individuals may be uninsured by the end of the year.

On July 9, 2019, Representative Darren Soto introduced H.R. 3631: Territories Health Care Improvement Act to provide a temporary increase to the limit on Medicaid payments for territories of the United States. We strongly and urgently support this bill because human lives are on the line and ask our Senators to do so as well.

On Wednesday, November 14th, we held a news conference and highlighted a personal story from a community member who had to leave Puerto Rico after failing to obtain adequate care for her daughter who lives with a rare condition. She described how getting an appointment with a neurologist incurred a year-long wait since there was only one in an island of 3 million people. The same day, we hosted a phonebank where community volunteers made phone calls to the Senators’ offices to express their concerns on this matter. On Monday, November 18th, we visited Senator Rubio and Senator Scott’s offices in Tampa, Orlando, and Miami to deliver the petitions. 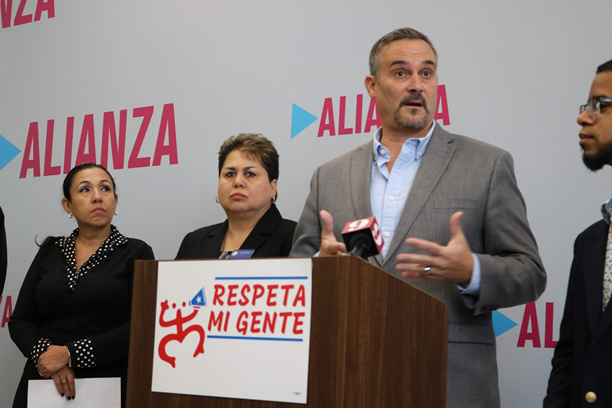